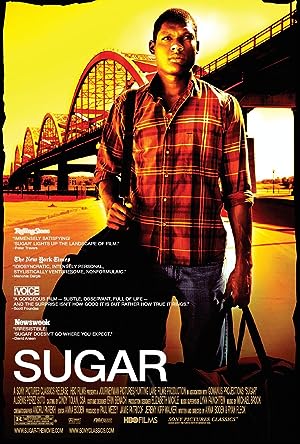 How to Watch Sugar 2008 Online in The UK

The cast of Sugar

What is Sugar about?

By 2008, more than 25 percent of major league baseball players were born in Latin America. At 19, Miguel "Sugar" Santos, a serious kid from the Dominican Republic, signs with Kansas City. He flies to Phoenix for tryouts and is sent to the Class A team "The Swing" in the fictional town of Bridgetown, Iowa, where he lives with a farm family. Thus begins his odyssey: leaving his mom and girlfriend; living in an alien culture; learning English; overcoming jitters; working hard; achieving early success; navigating friendships, occasional racism, and a woman's mixed signals; dealing with an injury; trying performance-enhancing drugs; and, searching for his place in the world. Will he make it to the Majors; will he play in New York?

Where to watch Sugar