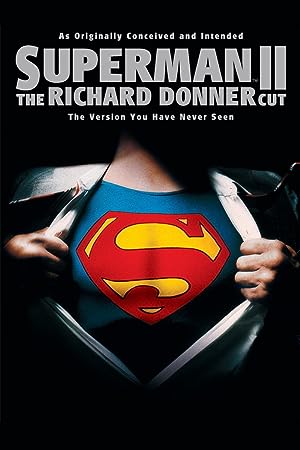 How to Watch Superman II: The Richard Donner Cut 2006 Online in The UK

The cast of Superman II: The Richard Donner Cut

What is Superman II: The Richard Donner Cut about?

Before Krypton exploded and Jor-El put his baby son, Kal-El, in a rocket ship to Earth, the benevolent ruler was forced to banish three irredeemable criminals to another dimension called The Phantom Zone. The trio's leader, General Zod, vowed revenge. Later, of course, Kal-El grew up to become Superman, Earth's mighty champion. A battle with the criminal mastermind, Lex Luthor, ends with Superman hurling a nuclear warhead into space where it explodes, but not harmlessly. Instead, it frees the Kryptonian threesome from their other-dimensional prison. They soon discover they have almost unlimited power (the same powers, in fact, as Superman), which they use to take over the Earth. Meanwhile, the intrepid reporter, Lois Lane, learns that her bumbling colleague, Clark Kent, is really Superman, a revelation that leads to him bringing her to his frozen Fortress of Solitude and renouncing his powers in order to make love to her. It is only when Superman and Lois return to civilization that they learn of the three Kryptonians and how Lex Luthor has joined forces with them. Now, Superman must reverse the irreversible and regain his powers in order to save mankind.

Where to watch Superman II: The Richard Donner Cut