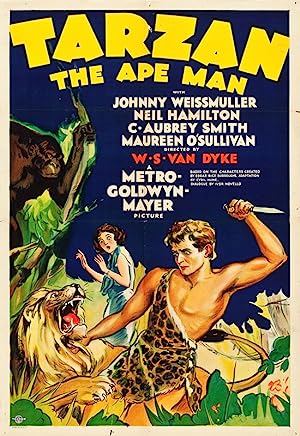 The cast of Tarzan the Ape Man

What is Tarzan the Ape Man about?

James Parker and Harry Holt are on an expedition in Africa in search of the elephant burial grounds that will provide enough ivory to make them rich. Parker's beautiful young daughter Jane arrives unexpectedly to join them. Harry is obviously attracted to Jane and he does his best to help protect her from all the dangers that they experience in the jungle. Jane is terrified when Tarzan and his ape friends first abduct her, but when she returns to her father's expedition she has second thoughts about leaving Tarzan. After the expedition is captured by a tribe of violent dwarfs, Jane sends Cheetah to bring Tarzan to rescue them...

Where to watch Tarzan the Ape Man