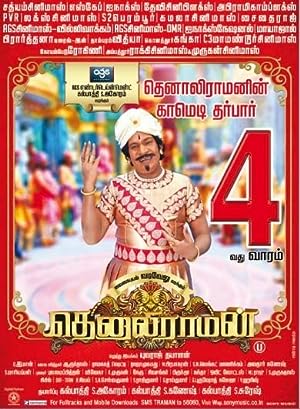 How to Watch Tenaliraman 2014 Online in The UK

Tenaliraman (Vadivelu) is an intelligent guy and a rebel leader who is fighting a battle against Maamannar (Vadivelu) the King who has no time for his people and is controlled by his corrupt ministers. The king with 36 wives and 52 children believes his nine ministers are Navarathnams (nine jewels) of his court. Soon Tenaliraman is able to infiltrate into the court as he is able to charm the king with his all-round talent including singing, dancing, sharp wit and amazing sense of humor. Meanwhile other ministers in the court sell out to Chinese who want to take over the kingdom and expand their market. Tenaliraman comes to the king's rescue and whether he does it single-handedly forms the rest of the story.