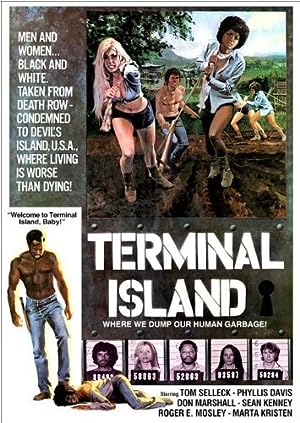 How to Watch Terminal Island 1973 Online in The UK

The cast of Terminal Island

What is Terminal Island about?

In the wake of a Supreme Court decision to outlaw the death penalty, California passes an initiative that designates San Bruno island as a dumping spot for first-degree murder convicts, free to do what they like except leave. The main camp of convicts is controlled by the tyrannical Bobby, who rules with an iron hand, and the women are used as sex slaves. A.J. and a group of more free-minded murderers have escaped and gone into hiding. When A.J. and his men liberate the women from Bobby's custody, tensions mount to an all-out confrontation for control of the island.

Where to watch Terminal Island