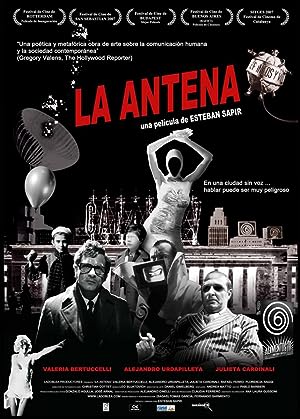 How to Watch The Aerial 2007 Online in The UK

The cast of The Aerial

What is The Aerial about?

This near-silent black and white film from Argentina tells the story of a city that has lost its voice, stolen by Mr. TV, and the attempts of a small family to win the voice back. Similar in design to early German expressionist films.

Where to watch The Aerial

A creatively titled platform that caters to the creative user base. Especially if they indulge cult films.

Got a question about Spamflix?

Once a movie is purchased, there is a 72-hour limit to watch the content.
No. Users only pay for what they watch.
Spamflix caters more to offbeat movies and independent, cult cinema. Shudder is exclusively for horror and suspense fans.