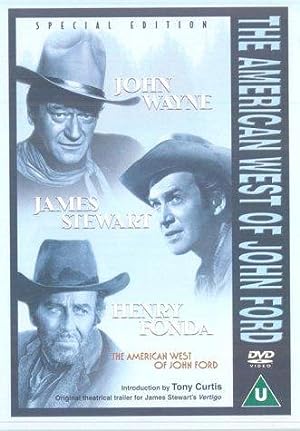 The cast of The American West of John Ford

What is The American West of John Ford about?

A sentimental look at the legendary iconic film director John Ford and some of his classic Westerns, nine of which were set in the breathtaking beauty of Monument Valley. Ford "directs" a short scene for the benefit of the documentarians which includes a horsefall by Ford's favorite star, John Wayne. Additional Ford stars Henry Fonda and James Stewart reminisce about the venerable director with clips from such Ford classics as "The Iron Horse," "Stagecoach," "My Darling Clementine," "Fort Apache," "She Wore a Yellow Ribbonn," "Rio Grande," "The Searchers," "THe Man Who Shot Liberty Valance," and "Cheyenne Autumn."

Where to watch The American West of John Ford

More Biography movies like The American West of John Ford