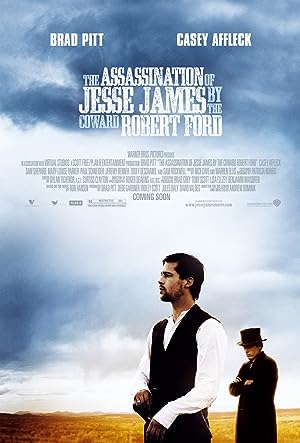 What is The Assassination of Jesse James by the Coward Robert Ford about?

Taking place in the American Northwest in the early 1880s, the film dramatizes the last seven months in the life of famed outlaw Jesse James, beginning with the Blue Cut train robbery of 1881 and culminating in his assassination at the hands of Robert Ford the following April. In the time between these two fateful events, the young and jealous Ford befriends the increasingly mistrustful outlaw, even as he plots his demise.