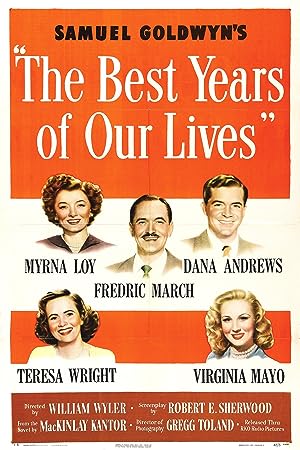 The cast of The Best Years of Our Lives

What is The Best Years of Our Lives about?

The story concentrates on the social re-adjustment of three World War II servicemen, each from a different station of society. Al Stephenson returns to an influential banking position, but finds it hard to reconcile his loyalties to ex-servicemen with new commercial realities. Fred Derry is an ordinary working man who finds it difficult to hold down a job or pick up the threads of his marriage. Having had both hands burnt off during the war, Homer Parrish is unsure that his fiancée's feelings are still those of love and not those of pity. Each of the veterans faces a crisis upon his arrival, and each crisis is a microcosm of the experiences of many American warriors who found an alien world awaiting them when they came marching home.

Where to watch The Best Years of Our Lives

More Drama movies like The Best Years of Our Lives

More Drama tv shows like The Best Years of Our Lives