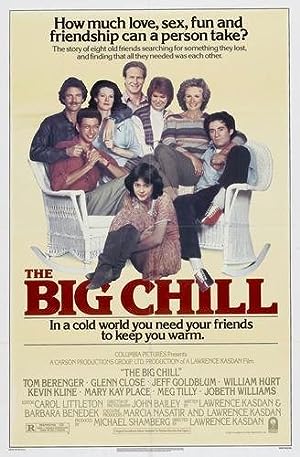 How to Watch The Big Chill 1983 Online in The UK

The cast of The Big Chill

What is The Big Chill about?

A seminal Thirty-Something movie in which a group of old college friends who are now all grown up and hardened by the big wide world come together for the funeral of Alex, a barely glimpsed corpse, who was at one time the brightest and the best of them, and yet who never managed to achieve half as much as any of the others. The friends use the occasion to reacquaint themselves with each other and to speculate as to what happened to their idealism which had been abundant when they were younger.

Where to watch The Big Chill