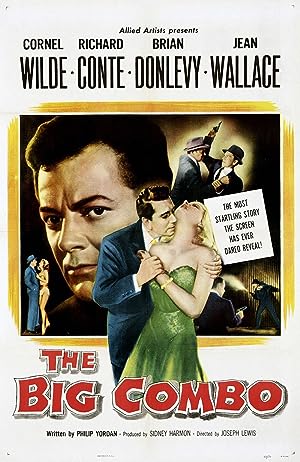 How to Watch The Big Combo 1955 Online in The UK

The cast of The Big Combo

What is The Big Combo about?

Police Lt. Diamond is told to close his surveillance of suspected mob boss Mr. Brown because it's costing the department too much money with no results. Diamond makes one last attempt to uncover evidence against Brown by going to Brown's girlfriend, Susan Lowell.

Where to watch The Big Combo