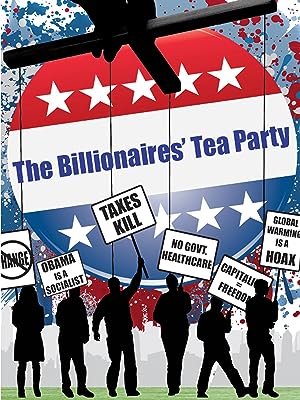 The cast of The Billionaires' Tea Party

What is The Billionaires' Tea Party about?

After Barack Obama swept to power promising a new era of hope and change, the emergence of a citizens protest movement called the Tea Party threatened to derail his agenda. Was this uprising the epitome of grassroots democracy? Or was it an example of "astroturfing" - the creation of fake grassroots groups, designed to put corporate messages in the mouths of seemingly independent citizens?

Where to watch The Billionaires' Tea Party