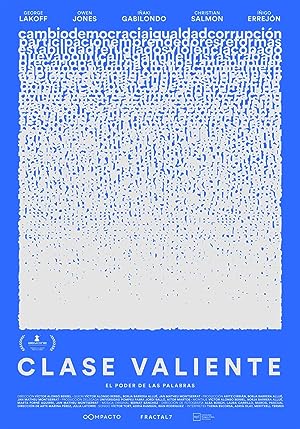 How to Watch The Brave Class 2017 Online in The UK

The cast of The Brave Class

What is The Brave Class about?

Reality changes according to the words we use to define it. The Brave Class is an experimental documentary investigating the importance of political language in our way of understanding the world. It counts on the analysis of over 20 experts such us Owen Jones, George Lakoff, Íñigo Errejón, Christian Salmon o Iñaki Gabilondo and other important people in political communication. During the 2015 Barcelona elections we tried to introduce a concept into daily speech of politicians and communication experts, uncovering their manipulation mechanisms. The challenge involved many different people in actions of public intervention, urban art and other forms of social activism.

Where to watch The Brave Class