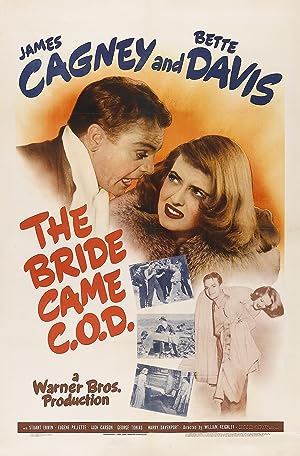 The cast of The Bride Came C.O.D.

What is The Bride Came C.O.D. about?

Oil heiress Joan is going to elope with bandleader Allen whom she's known four days. Out-of-money pilot Steve is going to fly them to Nevada but makes a deal with her father to deliver her home unmarried. He flies off with her, an apparent kidnaping, but is forced down in the desert. The bandleader arrives with a preacher, but their marriage (in California, not Nevada) is not valid. Pilot Steve will marry her because her father is a millionaire.

Where to watch The Bride Came C.O.D.