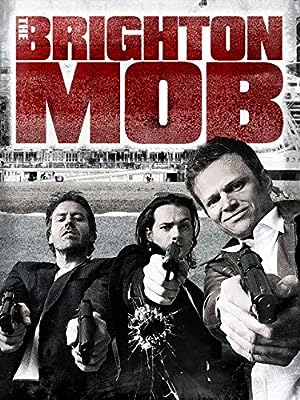 How to Watch The Brighton Mob 2015 Online in The UK

The cast of The Brighton Mob

What is The Brighton Mob about?

Ryan is a well-intentioned, but troubled young police officer, just out of training. Senior officer, DCI Guy Sabo, singles Ryan out as a perfect candidate for undercover police work and sets about training him in the art of deception, how to immerse himself in the criminal underworld, and how to become someone else entirely. Ryan transforms into Max, a young criminal with a force-ten temper and soon finds himself crossing the line in order to infiltrate a notorious gang of bank robbers, headed by the enigmatic and elusive master-thief known only as 'the Monopoly Man'. Ryan, as Max, struggles with his own identity and just as he comes to realise his own trappings and tries to restore his former life, he is drawn closer to the gang. He crosses the point of no return when he takes part in their biggest heist yet. The whole gang are caught and locked in a cell together. Max must survive the next hour trapped in the cell with the rest of the gang, whom are now all certain that someone amongst them is a 'snitch'.

Where to watch The Brighton Mob