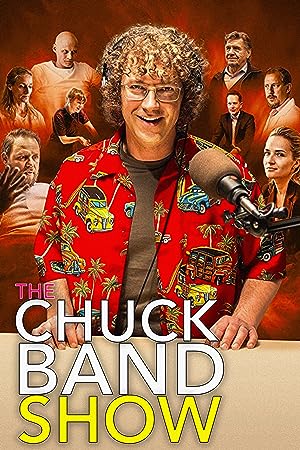 The cast of The Chuck Band Show

What is The Chuck Band Show about?

Each year six in 100,000 men are diagnosed with testicular cancer. But this time cancer picked the wrong man. The protagonist of the film is a real loser - radio DJ Chuck Berger. His wife wants to leave him, his boss wants to fire him, and if this wasn't enough - his testicle wants to kill him. After getting diagnosed with testicular cancer, Chuck's afraid he'll be a man without any balls whatsoever. While starting to fight this difficult disease, Chuck discovers the power of humor and honesty. But will his wife Helena - who was considering divorcing him - and other people close to him remain true to themselves on this journey? When Chuck informs his boss, Hendrik, about his situation, the two men form and unexpected friendship. The head of the radio station encourages Chuck to be as honest as possible to his listeners. As he bares his soul and makes people laugh, his radio show "The Chuck Band Show", becomes extremely popular.

Where to watch The Chuck Band Show