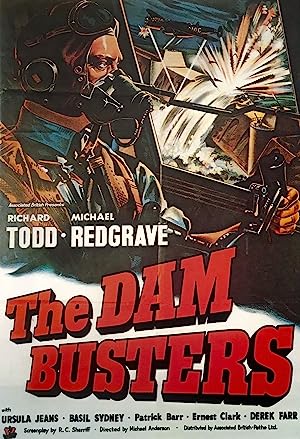 How to Watch The Dam Busters 1955 Online in The UK

The cast of The Dam Busters

What is The Dam Busters about?

The British are desperate to shorten the length of WW2 and propose a daring raid to smash Germany's industrial heart. At first the objective looks impossible until a British scientist invents an ingenious weapon capable of destroying the planned target.

Where to watch The Dam Busters