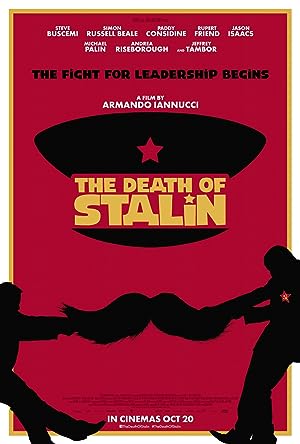 The cast of The Death of Stalin

What is The Death of Stalin about?

Moscow, 1953. After being in power for nearly thirty years, Soviet dictator Joseph Vissarionovich Stalin (Adrian McLoughlin) takes ill and quickly dies. Now the members of the Council of Ministers scramble for power.

Where to watch The Death of Stalin

More Comedy tv shows like The Death of Stalin