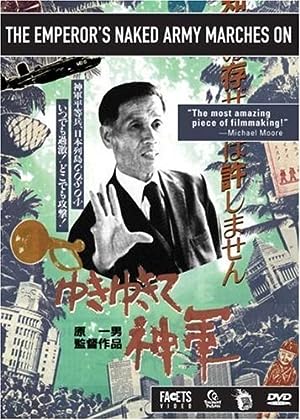 The cast of The Emperor's Naked Army Marches On

What is The Emperor's Naked Army Marches On about?

This documentary was five years in the making, and revolves around 62-year-old Okuzaki Kenzo, a survivor of the battlefields of New Guinea in World War II who gained notoriety by slingshooting steel pinballs at Emperor Showa to protest against what he considered to be the ruler's war crimes. Setting out to conduct interviews with survivors and relatives, he finds the truth of the past to be elusive, achieving a breakthrough only when he confronts ex-Sergeant Yamada, who grudgingly admits the occurrence and instructional source of certain atrocities.

Where to watch The Emperor's Naked Army Marches On

More Documentary movies like The Emperor's Naked Army Marches On