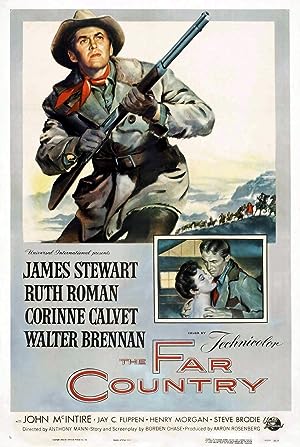 How to Watch The Far Country 1954 Online in The UK

The cast of The Far Country

What is The Far Country about?

In 1896, Jeff Webster sees the start of the Klondike gold rush as a golden opportunity to make a fortune in beef...and woe betide anyone standing in his way! He drives a cattle herd from Wyoming to Seattle, by ship to Skagway, and (after a delay caused by larcenous town boss Gannon) through the mountains to Dawson. There, he and his partner Ben Tatum get into the gold business themselves. Two lovely women fall for misanthropic Jeff, but he believes in every-man-for-himself, turning his back on growing lawlessness...until it finally strikes home.

Where to watch The Far Country