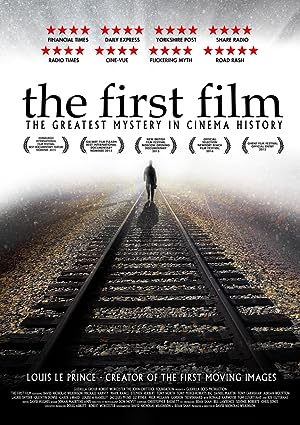 How to Watch The First Film 2015 Online in The UK

The cast of The First Film

What is The First Film about?

In October 1888 Louis Le Prince produced the world's first films in Leeds,England. These were shot on cameras patented in both America and the UK. Once he had perfected his projection machine Le Prince arranged to demonstrate his discovery to the American public and thus the world. On 16th September 1890, just weeks before he was due to sail to New York Louis Aime Augustine Le Prince stepped onto the Dijon to Paris train and was never seen again. No body was ever found so legally no one could fight the Le Prince claim that he invented a camera that recorded the very first moving image. As a result, several years later, Thomas Edison and the Lumiere Brothers were to claim the glory and the prize of being acknowledged as the first people to pioneer film. Louis Le Prince was never added to history books. But for one lone voice, who worked with him, Le Prince's name and his pioneering work was forgotten. THE FIRST FILM is a feature length documentary proving once and for all Le Prince made the world's very first moving image film from a single point of view in Leeds, Yorkshire, England

Where to watch The First Film