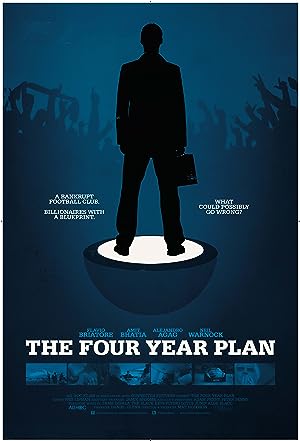 The cast of The Four Year Plan

What is The Four Year Plan about?

In 2007 Queens Park Rangers, a small Football Club of West London, were bottom of England's Second League and 2 hours from bankruptcy. Just as the club faced liquidation, they were bought by billionaire businessmen. Filmed in an observational fashion from a poetic distance, the documentary follows the larger than life and high profile characters who put their money and reputations on the line through 4 tumultuous years of enormous ups and downs. For 98 dramatic minutes we are given unprecedented access and remarkable insight into the worlds of sport, business, finance, power and ego - culminating in success in 2011, when QPR won promotion to the Premier League and the four year plan - set out by the owners in 2007 - was spectacularly achieved.

Where to watch The Four Year Plan