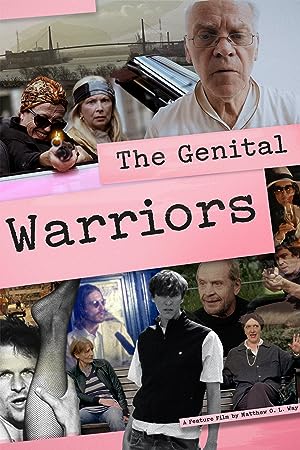 How to Watch The Genital Warriors 2014 Online in The UK

The cast of The Genital Warriors

What is The Genital Warriors about?

The ensemble film THE GENITAL WARRIORS takes a look at the common past of the three main characters as their memories meet and overlap. The 70-year-old Frank sits in a geronto-psychiatric ward and types a screenplay about his relationship with Lena and Barbara. These two embittered women come together with a magic wand and a shotgun to travel to the past and commit an act of revenge on him.

Where to watch The Genital Warriors