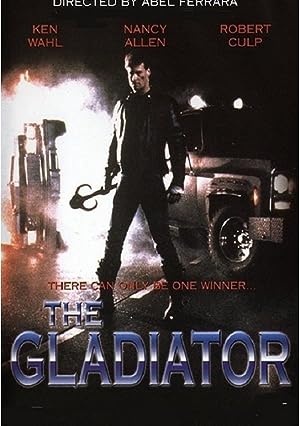 How to Watch The Gladiator 1986 Online in The UK

The cast of The Gladiator

What is The Gladiator about?

A homicidal maniac is on the loose, killing motorists at random in his "death car" - after losing his brother to the twisted assassin "Skull", Rick Benton becomes a vigilante, and takes it upon himself to hunt down the reckless drivers that fill the streets at night. Being a master mechanic, Rick spends his time converting his pickup truck into an armed and dangerous vehicle - with speed to take on the fastest car, and strength to make sure in a one-on-one situation, he will be the only survivor. The cops soon find out about the vigilante known only as the "Gladiator" and do all they can to catch him before his citizen's arrests go one step too far - but will they find the Gladiator before the Gladiator finds Skull? When the two finally meet, it's a duel to the death and maybe an end to Rick's career as the vigilante.

Where to watch The Gladiator