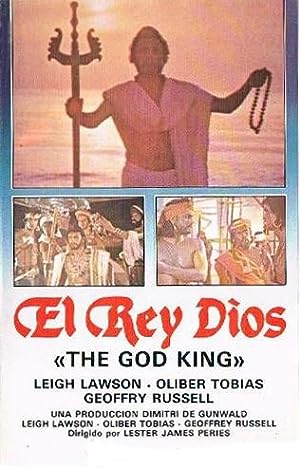 How to Watch The God King 1974 Online in The UK

The cast of The God King

What is The God King about?

The God King is a 1975 Sri Lankan historical film directed by Lester James Peries. The film is based on the historical clash between brothers Kasyapa and Moggalana on Sigiriya Rock.Jewish producer Dimitri Grunwald financed the epic film as a dual project between England and Sri Lanka. He provided the three main actors, the script, the assistant director, the production Manager, makeup artist and money while the task of making the film was given to the Sri Lankans King Kasyapa (Leigh Lawson) is the son of King Dhatusena (Geoffrey Russell). Kasyapa murdered his father by walling him alive and then usurping the throne which rightfully belonged to his brother Mogallana (Ravindra Randeniya), Dhatusena's son by the true queen. Mogallana fled to India to escape being assassinated by Kasyapa but vowed revenge. In India he raised an army with the intention of returning and retaking the throne of Sri Lanka which was rightfully his. Knowing the inevitable return of Mogallana, Kasyapa is said to have built his palace on the summit of Sigiriya as a fortress and pleasure palace.Mogallana finally arrived and declared war. During the battle Kasyapa's armies abandoned him and he committed suicide by falling on his sword. Nimal Medis involves here as one of the two Music composers . The other composer is Lawrence Ashmore. Devaka S. Jayasuriya - Kadawatha Sri Lanka

Where to watch The God King