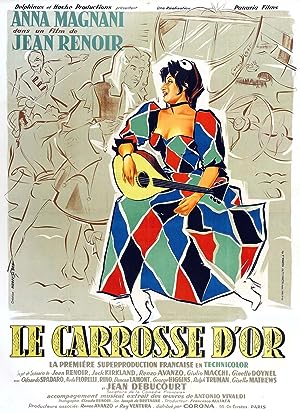 How to Watch The Golden Coach 1952 Online in The UK

The cast of The Golden Coach

What is The Golden Coach about?

In Peru in the eighteenth century. Camilla, the star of a theater company, hesitates between three men. The Viceroy gives her his magnificent golden coach. A young Spanish officer suggests the two of them settle down together among Indians. Ramon, a torero, offers her a share of his glory.

Where to watch The Golden Coach