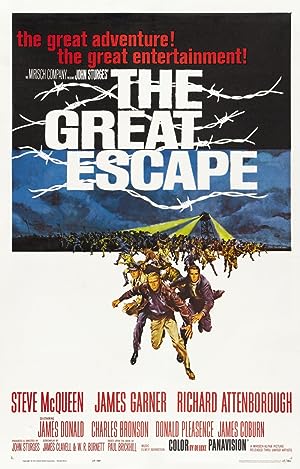 How to Watch The Great Escape 1963 Online in The UK

The cast of The Great Escape

What is The Great Escape about?

Based on a true story, a group of allied escape artist-type prisoners-of-war (POWs) are all put in an 'escape proof' camp. Their leader decides to try to take out several hundred all at once. The first half of the film is played for comedy as the prisoners mostly outwit their jailers to dig the escape tunnel. The second half is high adventure as they use boats and trains and planes to get out of occupied Europe.

Where to watch The Great Escape