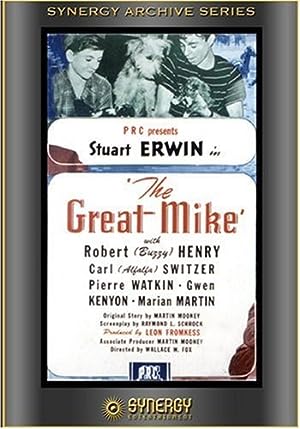 How to Watch The Great Mike 1944 Online in The UK

The cast of The Great Mike

What is The Great Mike about?

Story of a boy and his horse. Mike is the horse and is owned by Speck (Carl "Alfalfa" Switzer) and his best friend Jimmy (Rober "Buzz" Henry), together they have a paper route, on which they deliver papers to customers via a wagon pulled by Mike. Recenlty a horse track has been built in the area and attracts horse breeder and racer Colonel Whiteny (Pierre Watkin). He takes out a subscription for delivery and meets Mike and Speck & Jimmy. Clever Jimmy talks both the Colonel and Speck into taking on the Colonel's pure bred race horses at the track with comedic results.

Where to watch The Great Mike