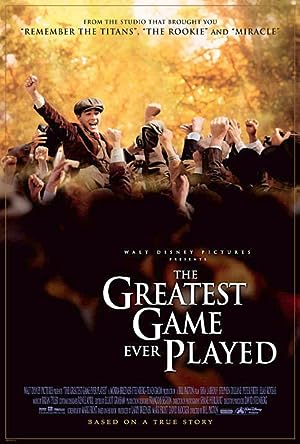 The cast of The Greatest Game Ever Played

What is The Greatest Game Ever Played about?

Near the turn of the twentieth century, young Harry Vardon becomes a champion golfer but learns that his amazing skill is no match for the class boundaries that exclude him from "gentlemanly" English society. A dozen years later, a young American, Francis Ouimet, fights against the same prejudice, as well as his own father's disdain, for a chance to participate in the U.S. Open against his idol -- Harry Vardon. The struggles of both men for acceptance provides the background for an amazing contest of skills.

Where to watch The Greatest Game Ever Played

More Biography movies like The Greatest Game Ever Played

More Biography tv shows like The Greatest Game Ever Played