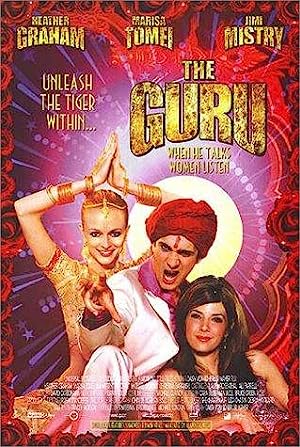 The cast of The Guru

What is The Guru about?

South Asian Ramu Gupta has always been fascinated with western movie musicals and has wanted to be an American movie star primarily as a dancer. So when he hears from his friend Vijay Rao about his fabulous life in Manhattan with a penthouse apartment and Mercedes, Ramu decides to move from his home in Delhi to the US to live with Vijay as he pursues his dream of being a star. Upon his arrival in Manhattan, Ramu learns that Vijay's life is nothing like he mentioned, he driving a cab and living in a run down cramped top floor apartment with two fellow South Asian roommates, Ramu who would be the fourth in the apartment. Ramu nonetheless just wants a chance to prove himself in the entertainment business. Among Ramu's many missteps include stumbling into the porn movie business where he can't get it up in such a setting anyway, and working as a waiter at least to earn some money. But it is a wait job at a private South Asian themed birthday party for a lost and directionless socialite named Lexi organized by her overbearing mother Chantal that Ramu gets a chance at a somewhat legitimate acting job when he is asked to fill-in at the last minute at the party for an incapacitated Swami Bu. Having no credentials as a swami, he decides to dance and channel the sex advice given to him by Sharonna, one of his porn co-stars. Ramu and the information are a hit, especially with Lexi, who feels she has found her own voice for the first time in her life. As such, she wants to help Ramu spread the swami word, most specifically as a sex guru, to the masses. Not knowing what that word is, Ramu again turns to Sharonna for advice, she in turn believing he is asking solely to further his career in porn. Sharonna agrees to mentor him on the condition that he not divulge what she would teach and tell him to anyone as they are her innermost thoughts as a way to cope with her own life. That life is a double one, where her firefighter fiancé Rusty, a devout Catholic, knows nothing about her being a porn star, believing she is just Shari, an innocent (i.e. virginal) substitute public school teacher. As Ramu becomes more and more successful in this pseudo acting job with the help of both Sharonna and Lexi, he has to reconcile this success with the fact that it is all a lie. He also has to reconcile it with his burgeoning romantic feelings for Sharonna, most specifically reconciling the fact that he has not only lied to her, but betrayed her confidence.

Where to watch The Guru