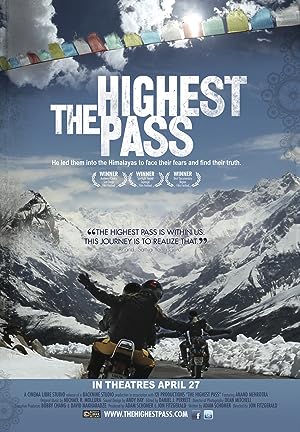 How to Watch The Highest Pass 2011 Online in The UK

The cast of The Highest Pass

What is The Highest Pass about?

Adam learns that his Yogi guru, Anand, has discovered a prophesy that was printed on his birth chart - he would die in an accident at the age of 27; and when Anand invites Adam to join him on a motorcycle journey through India's Himalayas, to the highest motorable road in the world, he faces the ultimate question: Is truly living worth dying for?

Where to watch The Highest Pass

A platform that treats entertainment as a means for personal growth and development rather than a mere means of escape.

Got a question about CGood TV?

All the content on the platform is original. There are no mainstream options available.
Yes. A 7-day free trial is available. Post the trial, subscriptions start for as low as $2.99.
You can access the channel via Roku and Fire Stick. Subscriptions are separate.