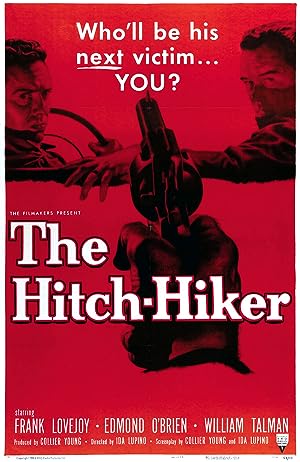 How to Watch The Hitch-Hiker 1953 Online in The UK

The cast of The Hitch-Hiker

What is The Hitch-Hiker about?

Two friends on a fishing trip pick up a stranded motorist who turns out to be a psychotic escaped convict. This sociopath has already murdered other good Samaritans in his efforts to evade authorities. He sadistically taunts and threatens the two men and perversely delights in telling them that he has them both marked for death sometime before the end of the trip. His destination is a ferryboat in Baja, California, which he hopes will help him get to the mainland. The hostages hope to stay alive long enough to escape or be rescued by Mexican authorities.

Where to watch The Hitch-Hiker