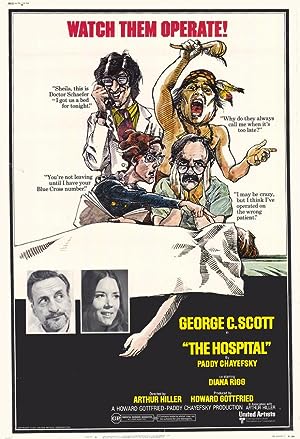 How to Watch The Hospital 1971 Online in The UK

The cast of The Hospital

What is The Hospital about?

Herbert Bock, the chief of medicine in a New York City teaching hospital, is contemplating suicide; he's impotent, his wife has left him, and his children aren't speaking to him. His hospital is also suffering from a recent spate of inexplicable deaths. In the midst of these setbacks, Bock is romantically drawn to the much younger Barbara, whose father is a patient. As Barbara restores Bock's will to live, it turns out that the hospital deaths are murders.

Where to watch The Hospital