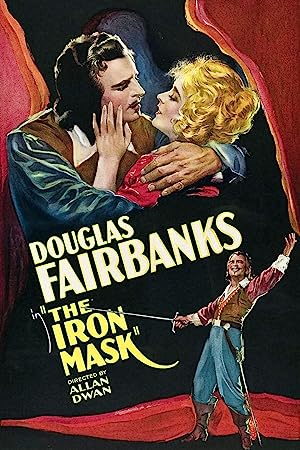 How to Watch The Iron Mask 1929 Online in The UK

The cast of The Iron Mask

What is The Iron Mask about?

King Louis XIII of France is thrilled to have born to him a son - an heir to the throne. But when the queen delivers a twin, Cardinal Richelieu sees the second son as a potential for revolution, and has him sent off to Spain to be raised in secret to ensure a peaceful future for France. Alas, keeping the secret means sending Constance, lover of D'Artagnan, off to a convent. D'Artagnan hears of this and rallies the Musketeers in a bid to rescue her. Unfortunately, Richelieu out-smarts the Musketeers and banishes them forever. Richelieu enlists D'Artagnan to look after and protect the young prince. Meanwhile, de Rochefort learns of the twins and Richelieu's plans, and kidnaps the twin, raising him in secret. Many years later, with Richelieu dead and the young prince crowned King Louis XIV, Rochefort launches his plan. The king is kidnapped, replaced with his twin, put in an iron mask so as not to be recognized, and led off to a remote castle to be held prisoner. Louis XIV is able to alert D'Artagnan, who realizes that only his friends Athos, Porthos, and Aramis can help him, so he reunites the Musketeers to derail Rochefort's nefarious plot but at a heavy toll.

Where to watch The Iron Mask