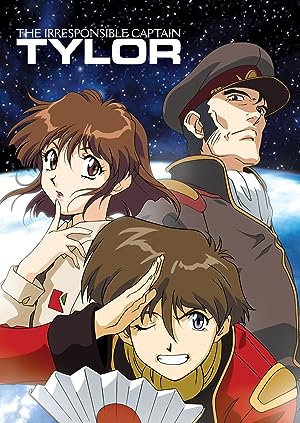 How to Watch The Irresponsible Captain Tylor Online in The UK

The cast of The Irresponsible Captain Tylor

What is The Irresponsible Captain Tylor about?

In the far future, a young man called Justy Tylor is looking for the easy life. To that end, he signs up for the space navy. While his entrance exam ends with him making his computer tester literally malfunction and explode, Earth finds itself in a space-war with an alien enemy called the Raalgon empire and the navy gets a lot less picky as a result. Tylor is assigned to the Benefits and Pension department where he quickly and inadvertently plays a role in resolving a terrorist hostage situation with a retired admiral. As a reward, Tylor is given command of a destroyer. Now he must participate in that war for the safety of Earth in which he proves to be unbeatable. Whether it is by sheer dumb luck or strategic genius, nobody really knows, maybe not even Tylor himself.

Where to watch The Irresponsible Captain Tylor