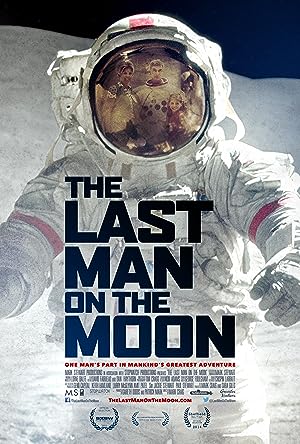 The cast of The Last Man on the Moon

What is The Last Man on the Moon about?

When Apollo astronaut Eugene Cernan stepped off the moon in 1972 he left his footprints and his daughter's initials in the lunar dust. Only now, forty years later, is he ready to share his epic but deeply personal story. Cernan's burning ambition carried him to the spectacular and hazardous environment of space and to the moon. But there was a heavy price to pay for the fame and privilege that followed. As his wife famously remarked, 'If you think going to the moon is hard, try staying at home.' 'The Last Man on the Moon' combines rare archive material, compelling Visual FX and unprecedented access to present an iconic historical character on the big screen.

Where to watch The Last Man on the Moon

More Adventure movies like The Last Man on the Moon

More Adventure tv shows like The Last Man on the Moon