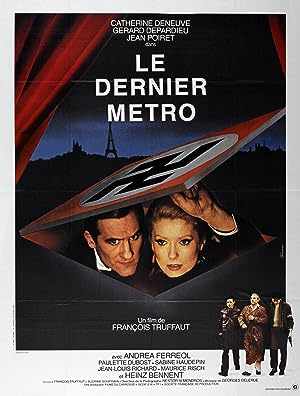 How to Watch The Last Metro 1980 Online in The UK

The cast of The Last Metro

What is The Last Metro about?

Paris, 1942. Lucas Steiner is a Jew and was compelled to leave the country. His wife Marion, an actress, directs the theater for him. She tries to keep the theater alive with a new play, and hires Bernard Granger for the leading role. But Lucas is actually hiding in the basement... A film about art and life.

Where to watch The Last Metro