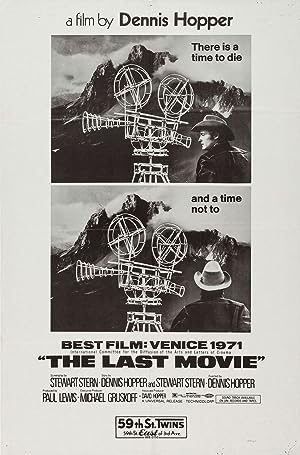 How to Watch The Last Movie 1971 Online in The UK

The cast of The Last Movie

What is The Last Movie about?

A film shoot in Peru goes badly wrong when an actor is killed in a stunt, and the unit wrangler, Kansas, decides to give up film-making and stay on in the village, shacking up with local prostitute Maria. But his dreams of an unspoiled existence are interrupted when the local priest asks him to help stop the villagers killing each other by re-enacting scenes from the film for real because they don't understand movie fakery...

Where to watch The Last Movie