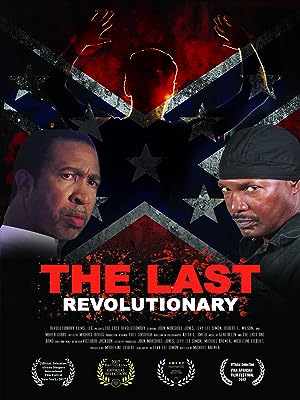 How to Watch The Last Revolutionary 2017 Online in The UK

The cast of The Last Revolutionary

What is The Last Revolutionary about?

Mac Perkins (LEVY LEE SIMON) is in his Los Angeles throwback hideout, plotting to stop anti Obama sentiment from the far right and racist groups around the country. In the neighborhood where Mac Perkins is holed up, his only friend is an older woman named Millie, (MARLA GIBBS.) When his old ex revolutionary buddy, Jack Armstrong (JOHN MARSHALL JONES) whom he has not seen in over 10 years, finds him, Jack challenges Mac's political stance and his notion that there is a need for a, so called, revolution. The two men hash out political ideas and ideology as Jack attempts to make Mac see that his methods are archaic and his plans old fashion. During the dramatic and humorous interchange between these two old friends whose lives have taken much different paths, secrets are exposed about both men personally and politically that lead to a life and death confrontation.

Where to watch The Last Revolutionary