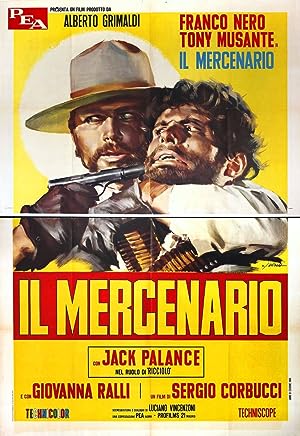 How to Watch The Mercenary 1968 Online in The UK

The cast of The Mercenary

What is The Mercenary about?

While a Mexican revolutionary lies low as a U.S. rodeo clown, the cynical Polish mercenary who tutored the idealistic peasant tells how he and a dedicated female radical fought for the soul of the guerrilla general Paco, as Mexicans threw off repressive government and all-powerful landowners in the 1910s. Tracked by the vengeful Curly, Paco liberates villages, but is tempted by social banditry's treasures, which Kowalski revels in.

Where to watch The Mercenary