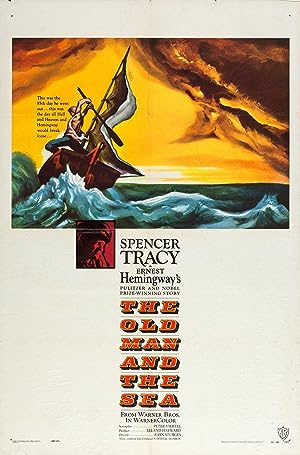 The cast of The Old Man and the Sea

What is The Old Man and the Sea about?

Now an old man, a lifelong fisherman sets out to sea to ply his trade as he has done all of his life. He's not had much good fortune of late and has gone almost three months without a major catch while others are catching one or even two large marlins every week. Many of the locals make fun of him and some say he's too old now to be fishing but he still loves what he does and is encouraged by a young boy who loves him and has faith in him. On this day he hooks the fish of a lifetime, a marlin that is larger than his skiff. As it slowly pulls him out to sea, the old man reminisces about his past, his successes and the high points of his life. When he does finally manage to land the fish he has to fight off sharks who are feeding on it as he tries to return to his Cuban village.

Where to watch The Old Man and the Sea

The Old Man and the Sea Trailer

More Adventure movies like The Old Man and the Sea

More Adventure tv shows like The Old Man and the Sea