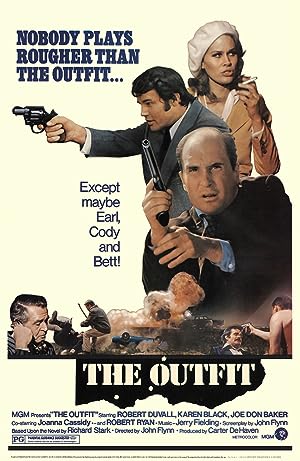 How to Watch The Outfit 1973 Online in The UK

The cast of The Outfit

What is The Outfit about?

When the small criminal Macklin is released from prison, he learns that his brother was shot by two mob killers. He didn't know that the bank he robbed was owned by the syndicate. When he's almost offed by a killer too, he pays the mobster Jake Menner a visit and demands reparation. His friend Cody helps him to gratify his thirst for revenge.

Where to watch The Outfit