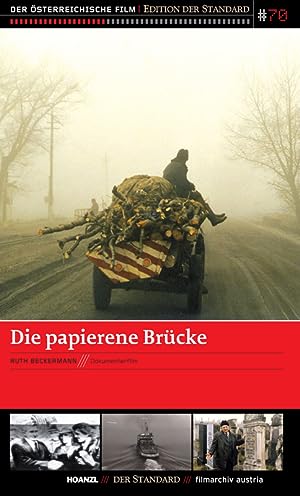 How to Watch The Paper Bridge 1987 Online in The UK

The cast of The Paper Bridge

What is The Paper Bridge about?

"I don't know exactly why I traveled east this winter," filmmaker Ruth Beckermann says of her documentary journey through Eastern Europe. "I think I was just curious to know whether there was still any resemblance to the stories I grew up with." Beckermann's parents met in Vienna after the Holocaust; her father was a war refugee from Romania and her mother was a native of Vienna who settled in Palestine in 1938. Tracing the migratory paths of her family before World War II, Beckermann returns to the European Jewish communities which inspired her childhood stories-the small towns around Theresienstadt and the remaining Jewish communities of Bucovnia, Romania, and Vienna.

Where to watch The Paper Bridge