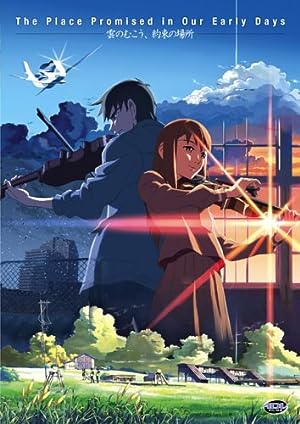 The cast of The Place Promised in Our Early Days

What is The Place Promised in Our Early Days about?

The story takes place in a alternate postwar period, in 1996, where Japan is divided. Hokkaido is ruled by the "Union" while Honshu and other southern islands are under US authority. A tall tower was built on Hokkaido, which could even be seen from Tokyo. In the summer of 1996, three middle-school students make a promise that they'll cross the border with a self-constructed plane and unravel the tower's secret, but their project was abandoned after the girl, Sayuri Sawatari, became mysteriously ill and transferred to Tokyo. Years later on the brink of another war Hiroki Fujisawa finds out that Sayuri had been in coma since then, and he asks Takuya Shirakawa to help him finding a way to wake her up.

Where to watch The Place Promised in Our Early Days

More Animation movies like The Place Promised in Our Early Days