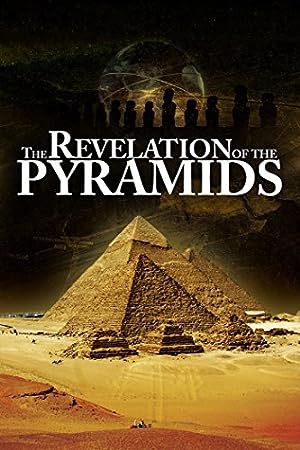 The cast of The Revelation of the Pyramids

What is The Revelation of the Pyramids about?

An apocryphal view on the pyramids, starting in awe at the amazing achievement of the Pharanoic architecture and sculpture, most specially at Gizeh, given Cheops's pyramid's size, weight, incredibly precise carving, four pairs of slightly shifted half sides, stunningly precisely measured shapes and symmetry. Then it questions and challenges conventional Egyptology beliefs, which it calls unproven or even impossible to verify, such as the absence of machines, a wharf duration of only 20 years or accidental equinox-orientation. Next it elaborates the theory that other major pyramid technology sites in Precolombian America, Easter Island and China can't coincidentally lie on two lines intersecting at Gizeh, even if not contemporaneous and without known contacts in their ages, and have several improbable things in common, like some of their cultures. Elaborate mathematical theories and measurements indicate the Egyptians must have known some astronomy, pi and the golden number, maybe even the meter, and such knowhow may have been secretly passed on. The makers conclude the most logical explanation is an older, wiped-out civilization, which may well have tried to warn us for the apocalyptic trouble that wiped them out, possibly starting with the present climatic crisis.

Where to watch The Revelation of the Pyramids

More Documentary movies like The Revelation of the Pyramids

More Documentary tv shows like The Revelation of the Pyramids