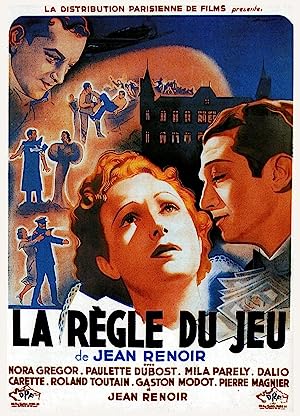 The cast of The Rules of the Game

What is The Rules of the Game about?

Aviator André Jurieux has just completed a record-setting flight, but when he is greeted by an admiring crowd, all he can say to them is how miserable he is that the woman he loves did not come to meet him. He is in love with Christine, the wife of aristocrat Robert de la Cheyniest. Robert himself is involved in an affair with Geneviève de Marras, but he is trying to break it off. Meanwhile, André seeks help from his old friend Octave, who gets André an invitation to the country home where Robert and Christine are hosting a large hunting party. As the guests arrive for the party, their cordial greetings hide their real feelings, along with their secrets - and even some of the servants are involved in tangled relationships.

Where to watch The Rules of the Game

More Comedy movies like The Rules of the Game

More Comedy tv shows like The Rules of the Game