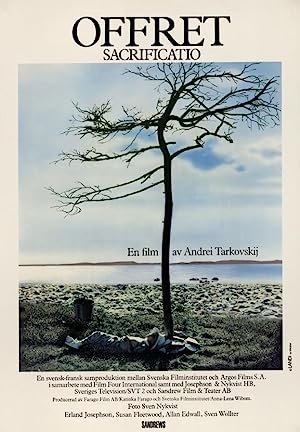 How to Watch The Sacrifice 1986 Online in The UK

The cast of The Sacrifice

What is The Sacrifice about?

Alexander, a journalist and former actor and philosopher, tells his little son how worried he is about the lack of spirituality of modern mankind. In the night of his birthday, the third world war breaks out. In his despair Alexander turns himself in a prayer to God, offering him everything to have the war not happen at all.

Where to watch The Sacrifice