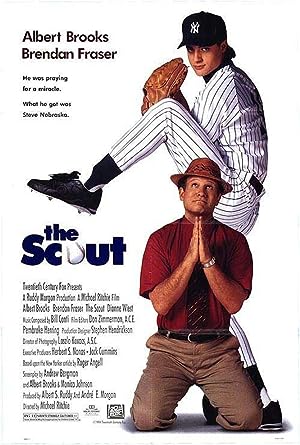 How to Watch The Scout 1994 Online in The UK

The cast of The Scout

What is The Scout about?

Al Percolo is a major league baseball scout sent to scout in Mexico as a punishment. However, he eventually stumbles across Steve Nebraska, a young American who can pitch AND hit better than anyone else can do either. He signs Steve and returns home in glory. It soon becomes obvious, though, that Steve is immature and possibly unstable, and Al turns to psychiatrist Doctor H. Aaron, whom he picks for her name, for help.

Where to watch The Scout