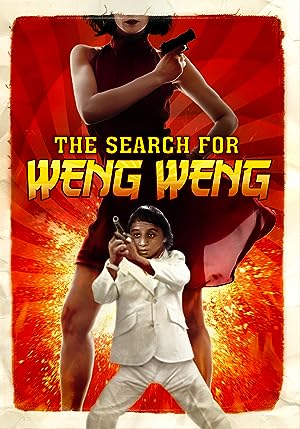 The cast of The Search for Weng Weng

What is The Search for Weng Weng about?

One night in 1996, Australian cult video store owner-turned-guerrilla filmmaker Andrew Leavold dreamt he was in the Philippines directing a documentary about Weng Weng, the long-dead Filipino midget James Bond. Ten years later, he's actually in Manila making a deal with the forces of chaos and following his two-decade obsession to its logical conclusion. It's just the beginning of a very strange adventure, and as fate would have it, it's all captured on film. Armed only with a Mini-DV camera and with a head full of gloriously bad B-movies, Leavold fearlessly leaps into the trenches of the Philippines' once thriving film industry and allows blind chance and serendipity to point the way. He discovers a schizophrenic Asia-cum-America dotted with shopping malls and a scale model of Hollywood now a disaster zone, symptomatic of a country attempting to claw its way out of its post-colonial malaise, yet curiously on the verge of a digital filmmaking revolution. As for Weng Weng: he remains an enigma even to those who worked with him. His reign as the midget Agent 00 was an outrageous novelty that plucked him from complete obscurity and returned him just as quickly. What was he like? When and how did he pass away? In a country of 80 million people, it seems the truth about Weng Weng has slipped between the cracks forever. THE SEARCH FOR WENG WENG leapfrogs from one eccentric character to the next - directors, producers, actors, stuntmen, midget waiters, transvestites and dwarf zombies, each one with a unique place in Filipino cinema - all the while dismantling the country's greatest filmic urban legend. It's part detective story, part forgotten B-film history, and part surreal Quest for the Holy Grail - that is, if the Grail is a two-foot-nine superstar called Weng Weng.

Where to watch The Search for Weng Weng

More Documentary movies like The Search for Weng Weng

More Documentary tv shows like The Search for Weng Weng