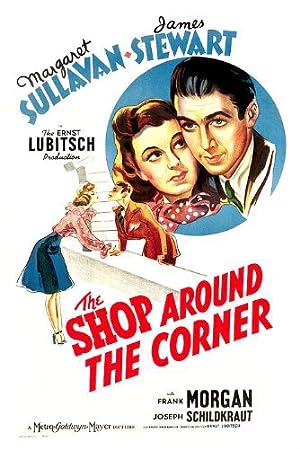 The cast of The Shop Around the Corner

What is The Shop Around the Corner about?

In Budapest, Hungary, the Matuschek and Company store is owned by Mr. Hugo Matuschek and the bachelor Alfred Kralik is his best and most experienced salesman. When Klara Novak seeks a job position of saleswoman in the store, Matuschek hires her but Kralik and she do not get along. Meanwhile the lonely and dedicated Kralik has an unknown pen pal that he intends to propose very soon; however, he is fired without explanation by Matuschek on the night that he is going to meet his secret love. He goes to the bar where they have scheduled their meeting with his colleague Pirovitch and he surprisingly finds that Klara is his correspondent; however, ashamed After being let go he does not disclose his identity to her. When Matuschek discovers that he had misjudged Kralik and committed a mistake, he hires him again for the position of manager. But Klara is still fascinated with her correspondent and does not pay much attention to Alfred. Alfred works out a plan to reveal himself to Klara's who he is attracted to now that he sees past her attitude.

Where to watch The Shop Around the Corner

More Comedy movies like The Shop Around the Corner

More Comedy tv shows like The Shop Around the Corner